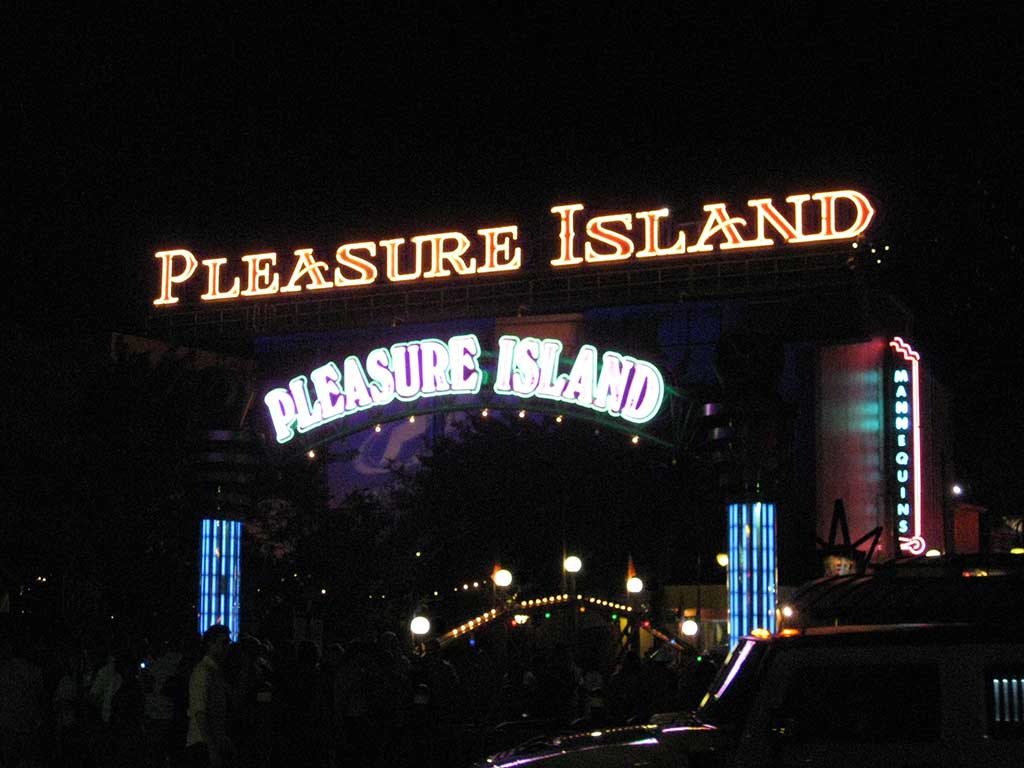 It seems that Walt Disney World is evolving so much these days, it’s almost hard to keep track of all the new changes that are announced nearly on a daily basis.

Fortunately for you, I happen to have a little free time on my hands here on this first day of April, so I’ve taken the liberty of compiling some of the top headlines I’ve come across lately for your viewing pleasure…

Pleasure Island to Re-Open Its Doors at Downtown Disney
“You know what – just forget we said anything…” Vice President of Downtown Disney Keith Bradford was quoted as telling Mouse Laughs at a press conference earlier today. “It’s not like we’ve done anything with the space in the last 4 years anyways, and besides, have you ever been inside The Adventurer’s Club??? Why didn’t anybody ever tell me how cool that place is?!”

Pop Century to Become Disney’s First DVC Value Resort
As construction moves forward for the Grand Floridian Resort & Spa’s DVC upgrade, Disney made quiet announcements that none other than its own Pop Century Resort will officially become the 10th Walt Disney World Resort to join under the Disney Vacation Club umbrella and also the very first in what they’re calling “a long line of slightly less expensive vacation club offerings.”

10-Year Plan Leaked to Slowly Phase Out Mickey Mouse in Favor of Duffy the Disney Bear
After being imported to Disney’s American theme parks from Tokyo Disneyland in 2010, a much more encompassing plan was leaked by anonymous sources for the highly sought after collectible that will see him eventually replacing his predecessor, Mickey Mouse, by 2020. No word yet on whether Minnie Mouse will depart as well or will be expected to adapt. Disneyland Tokyo officials were quoted only as saying, “It’s time…”

Expedition Everest’s Yeti Becomes Self Aware, Takes Refurbishment Into Its Own Hands
Excessive construction noises reportedly coming from the Forbidden Mountain nightly throughout the month of March lead Mouse Laughs to only assume that the mountain’s yeti has become sentient and taken its foundation repairs into its own ferocious and furry hands. Despite the all but certain rampage to follow once the beast regains full mobility, you can’t really blame it after having endured nearly 6 years of a disco-induced pseudo-rage…

Magic Kingdom Announces New “Party Party” Hard-Ticketed Event
In an effort to ensure that no one visits the park after 7pm without a separately priced admission, Magic Kingdom executives announced a brand-new nighttime social gathering of everyone’s favorite Disney friends. Scheduled for any and all days not currently earmarked for Mickey’s Not-So-Scary Halloween Party and Mickey’s Very Merry Christmas Party, the nightly event will showcase premiere nighttime displays like Wishes and the Main Street Electrical Parade, and will cost $63 for adults ($57 for children).

Hollywood Studios’ Beloved Sorcerer’s Hat to be Replaced by Equally Beloved Brick Wall
Can’t get enough of Who Framed Roger Rabbit – the one of a kind hybrid live-animation classic from 1988?! Well prepared to have your life’s ambitions thoroughly fulfilled as Disney’s Hollywood Studios sees a new expansion as the very center of the park bids farewell to its former Sorcerer’s Hat to instead be divided in two by the gigantic, yet iconic brick wall that separated Hollywood from Toontown in the movie. Coming in 2013!

Spaceship Earth to be Placed Inside Seas Aquarium to Settle Bet
A 2am debate between three unnamed Disney Imagineers will bring the most significant construction project of the 21st century to Epcot as a myriad of specially designed cranes will lift the park’s iconic geodesic sphere off of its concrete pilings to validate the rumor of whether the globe, in fact, can fit inside the 5.7-million gallon aquarium at the neighboring Seas Pavilion. For safety concerns, most of Future World is expected to be closed during the 14-month experiment. As to what will be done with the sea creatures in The Seas exhibit for the duration that Spaceship Earth will be occupying the tank, one of the Imagineers was quoted as saying, “Eh – we’ll probably just leave ’em in there … they should be fine…”

I don’t think most of these should really be a big deal though, do you???  😉