Unexpected Romance Around the World 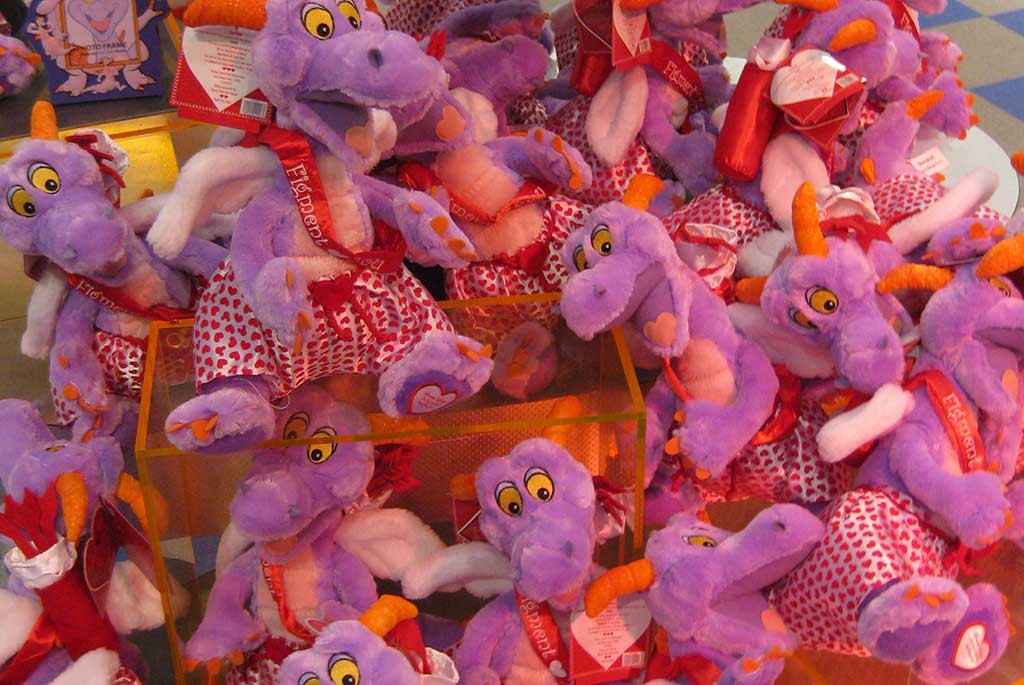 Today is a day of romance … a day of love … a day for the celebration of those special bonds that we’re lucky enough to share with one another as we walk these hallowed roads together, two as one, without but a single worry in our love-struck hearts…

That’s what all of those hearts all over the place are all about, if you hadn’t heard!

And of course, those who find themselves in or around Walt Disney World today will no doubt be overwhelmed by a sea of romantic gestures as they meet characters walking hand in hand, and pastries dazzled with pink and red hearts, and that distinct aroma that can only mean that love is most definitely in the air … and also that there’s a turkey leg stand just around the corner … but mostly love, at least for today!

But that’s just the thing, right? How does one stand out with his or her own romantic offerings when you can’t throw a Mickey plush without hitting somebody making a grand gesture of proposing to their significant other around every bend?!

A well-timed smooch at the end of Wishes? Yeah, you and a thousand other people!

A romantic lunch in the Rose Gallery at Be Our Guest? Take a number, and I hope you brought some snacks!

A nice walk through the typically quiet nature trails at the back of Animal Kingdom? Ok, so that one’s actually not such a bad idea…

Fortunately, however, there are still a few special places out there – off the beaten path, if you will – where love and mushy stuff thrive just the same. You just need to know where to look for them, and because I’m such a nice guy, here are some great places to start:

Journey of The Little Mermaid @ the Magic Kingdom
It’s the tale (tail?) of a girl who sacrifices everything that she has for true love! Crustaceans sing, the plaice play the bass, and even though it doesn’t get as big of a production as Under the Sea, you’re missing out on a prime opportunity just before the grand finale if you don’t take a quick moment to lean in there close and Kiss the Girl…

Cirque du Soleil @ Downtown Disney’s West Side
What can I say – there’s no denying that the ladies and gentlemen that flip and fly through the air in this 90-minute have to be extraordinarily flexible … you know, if you need any sort of – ahem – inspiration!

Well, A) their barbecue is delicious…

And B) on account of the unique opportunity that such décor itself offers, as a wise man by the name of Homer Simpson who resides at a competing park once taught me – There’s nothing more romantic than giving your wife the last pork chop…

The Affection Section @ Disney’s Animal Kingdom
Nestled way back as a part of Rafiki’s Planet Watch, not a lot of folks even ever make it out to this end of the park, and yet it should be such an obvious one! Adorable, baby animals … that you’re allowed to pet … for the type of person who rides best on autopilot, this is the kind of place where all you have to do is show up and those cuddly, little animals will do all the heavy lifting for you!

Captain EO @ Epcot
And finally, the most charming of epic space dance battles that one will find at Disney World, or dare I say anywhere, if there’s one thing that Captain EO teaches us, it’s that all it takes is a little bit of love … and some sweet dance moves … to transform a creepy, old space hag back into her formerly Greek-inspired beautiful self.

It’s probably the most romantic story that you’ll find at Walt Disney World … a timeless classic … a tale as old as time … or at least as old as 1986, anyways!

Of course, this list of mine is really only the beginning – churro stands, a rousing laser battle of the sexes, a la Buzz Lightyear’s Space Ranger spin, any of roughly 14,817 gift shops on property – as they say, love is what you make of it, whether romance to you means souvenirs plastered with tiny hearts or simply riding your love’s favorite attraction fourteen times in a row despite having a deep-seeded fear of both time traveling and dinosaurs.

Whatever you do, though, do be sure to grab yourself one of those special Red Velvet Cupcakes because those things look divine…

This column was originally on the TouringPlans.com Blog on February 14, 2014.