Best Places to Ride Out a Hurricane at Walt Disney World 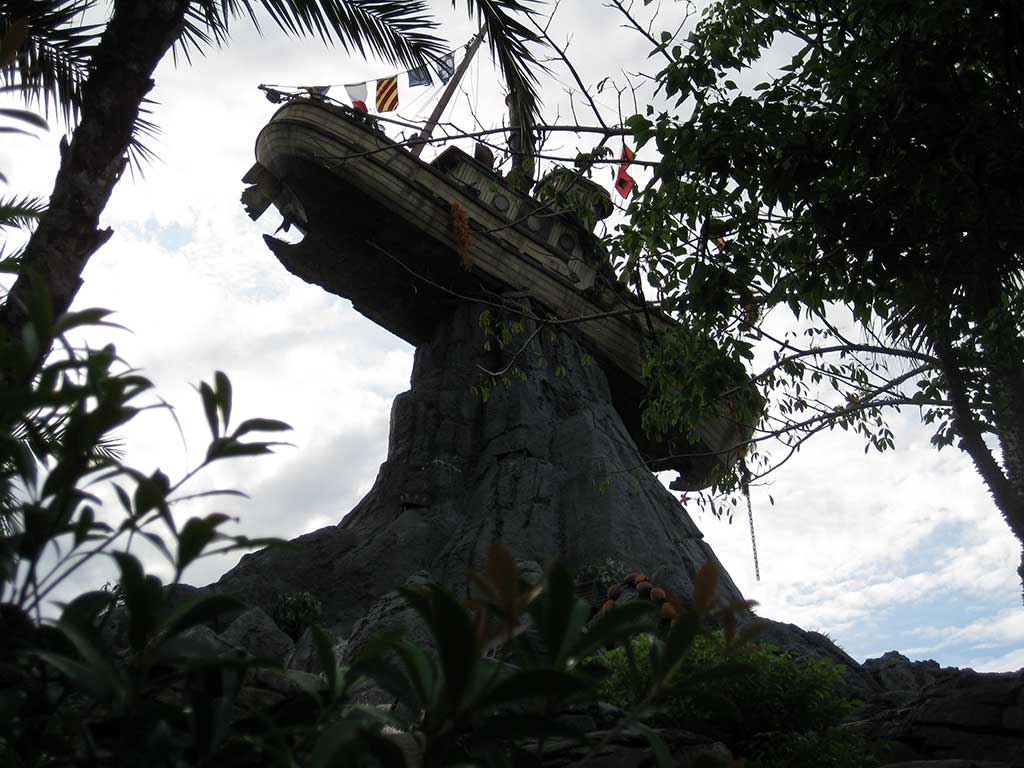 Hypothetically speaking, let’s say that you got stuck inside one of Disney’s theme parks during a hurricane.

Of course, in reality the Mouse would never let that happen because safety is of the utmost importance at Disney World, and also because their souvenir carts aren’t rated for wind speeds higher than 80 mph.

But if you had to endure a hurricane embedded deep in the heart of The Most Magical Place on Earth, I think it’s pretty safe to say that these particular attractions are going to give you your best shot at survival – or at the very least make it a little more fun to pass the time along the way…

5. Living with the Land @ Epcot
That crazy prepper uncle of yours would be proud because no other attraction at Walt Disney World boasts its own sustainable food supply, not to mention you’ve already got yourself a flotilla of boats to make ebbing and flowing with the water levels a breeze! You’ll want to keep an eye on those baby alligators found in the aquaculture portion of the exhibit, but if anything, the little ones should be good practice to hone your skills before the regular-sized ones wander in to take back the land!

4. Pirates of the Caribbean @ Magic Kingdom
I mean, we don’t really hear about it in the song or anything, but pirates have got to be good at dealing with storms at sea, right? You can’t spend your entire life pillaging your way around the Caribbean without learning how to handle yourself in a hurricane or two, and even in the case that most pirates just go hopelessly and helplessly overboard at the first sight of a Category 5 Kraken, at least you’re bound to have plenty of rum to make that last voyage a memorable one.

3. Fantasmic! @ Disney’s Hollywood Studios
Now I know what you’re thinking – “But Scott, the Hollywood Hills Amphitheater is basically a giant bowl … is it really worth sticking around to see it transformed into the 2nd largest aquarium at Disney World?!” And normally I would agree that this seems like poor logic, but consider this … what’s literally the first thing that we see our star do when that epic fanfare sounds???

Mickey Mouse begins the show by conducting the water with his hands!

Surely if our main mouse can put on the majestic water show that is Fantasmic!, he can handle keeping the likes of one goofy, little hurricane under control!

2. Kali River Rapids @ Disney’s Animal Kingdom
If all else fails and you’re gonna get wet anyways, might as well just hang out around this attraction because it’s hard for me to imagine getting any more soaked by a hurricane than I already do every. single. time. that I ride Kali River Rapids. At least if the rest of the park is abandoned, in theory you should be able to get through the squirt gun gauntlet unscathed … not that it really matters in the bigger picture here.

1. Typhoon Lagoon
And finally, our journey takes us to the most sensible place to ride out a hurricane at Walt Disney World – the water park that is already themed like it’s been hit by the mother of all tropical storms! They’ve got a lazy river, which admittedly probably becomes a little less lazy when you add dodging falling coconuts to the mix, and some of their waterslides will give you a water wedgie that’ll make a hurricane feel like one of those $14.99 spray misters on a hot day.

Factor in all of the hotdogs and Mickey bars that you can plunder from the concession stands and what you’ve got is a tropical hideaway fit for a demigod faced with Mother Nature’s most vengeful wrath!

At least until the FEMA trucks show up and evacuate you to the refugee camps located at It’s a Small World, anyways…