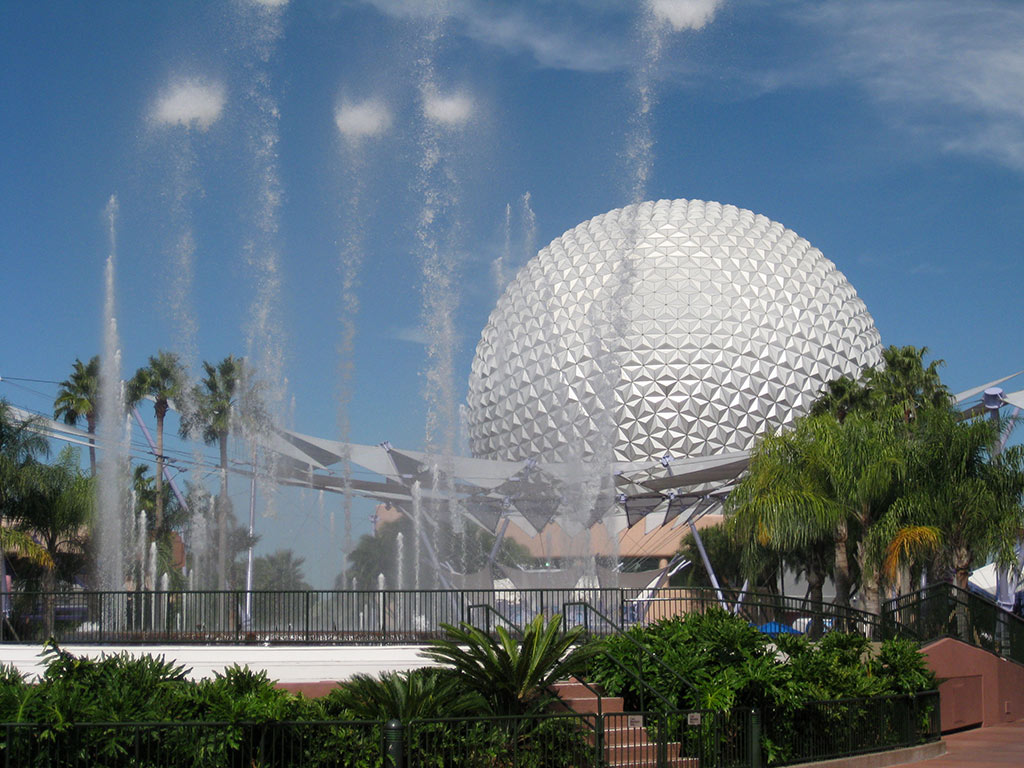 It’s always time for a celebration at Epcot!

At the park where there’s roughly only 17 days left on the calendar anymore that aren’t occupied by one festival or another, it makes only sense that the Walt Disney Company would pull out all of the stops to celebrate such a momentous occasion as Epcot’s … 35th anniversary?

I remember my own 35th birthday like it was yesterday … or was it my 32nd that I’m thinking of??? They honestly all kind of blur together at this point…

Nonetheless, it goes without saying that in addition to the scads of new merchandise prominently featuring the number “35” that will be available exclusively on eBay for at least a 50% markup, Disney would have all sorts of special things planned to help commemorate this truly one of a kind, magical celebration!

This list contains merely the best of Epcot’s impressive list of 35 exciting changes in celebration of its once in a lifetime, 35th birthday, but I’m sure you can use your own imagination to help come up with the rest…

Spaceship Earth to be narrated by Tony Stark
Mr. Stark is already living in the future as he divides his time between technology, philanthropy, and defending the world as the invincible Iron Man, so move over, Judy Dench – you can tell the phoenicians to thank Tony Stark for this new wave of integration with Disney’s hottest acquisition to date!

Imagine the Force: A Star Wars/Figment Story
Ready your lightsaber and prepare to follow everybody’s favorite Figment of their imagination as we journey into the Star Wars universe to discover that the origin of The Force began with just one little spark from a very special Jedi.

IllumiNations – 35th Anniversary Edition
Look to the sky as Epcot’s World Showcase lights up the night with a celebratory fireworks presentation that promises to be surprisingly identical to the traditional IllumiNations show, however know that behind the scenes cast members are all wearing their special “Epcot 35” birthday ears as they set off the 2,800 fireworks to create this dazzling display!

Three Caballeros Become Four
It’s an adventurous day for the famous Three Caballeros when they learn that royalty from Arendelle has come to Mexico for a little rest and relaxation! Ride along on their amazing journey as the caballeros show Queen Elsa some of the country’s finest culture and in the end, she even teaches them how to let it go and take a break from the heat, too.

$35 Admission Days!
No, wait – sorry, that’s $35 Mickey Bars … apologies for any confusion, but we’ve gotta pay for this celebration one way or another…

Experimental Prototype Community of Tomorrow, Revisited
Everyone knows that Walt Disney’s original vision for Epcot was to be a fully formed community of the future – a bit ambitious at the time, but now in 2017 we’re about to give it another shot by denying exit to 35 lucky guests as they attempt to leave the park at the end of the day and locking them in permanently.

Will they be able to find meaningful work and build a life for themselves in the community of the future??? Probably not at $9 an hour they won’t, but who knows what the future holds?!

Inside Out: Better Late Than Never
Dust off your cranium as Epcot digs out even more of its attractions from yesteryear and brings to life Disney’s animated favorite from two years ago! Join Joy, Sadness, Anger, and that weird purple elephant guy as they prove that there’s no time like the present for capitalizing on our best memories from the past.

Introducing … the Epcot International Spirit of Nostalgia Festival
And finally, designed to capture the spirit of those original days when the park opened in 1982, Walt Disney World is proud to announce a curated collection of 35 special food booths stocked with unique flavors of the past that Imagineering found in an old warehouse in Kissimmee that everyone else had forgotten about.

Though for legal purposes it’s noted that these limited edition dishes, priced from $8 – $12, are for nostalgic value only and are not intended for human consumption, Epcot’s newest festival is sure to bring back those special memories that are likely to give guests food poisoning if they make the mistake of trying to ingest them…

Happy Birthday, Epcot! Enjoy your celebration, and remember – your 37 1/2th birthday is only a short 30 months away!