Walt Disney World is Going to the Dogs! 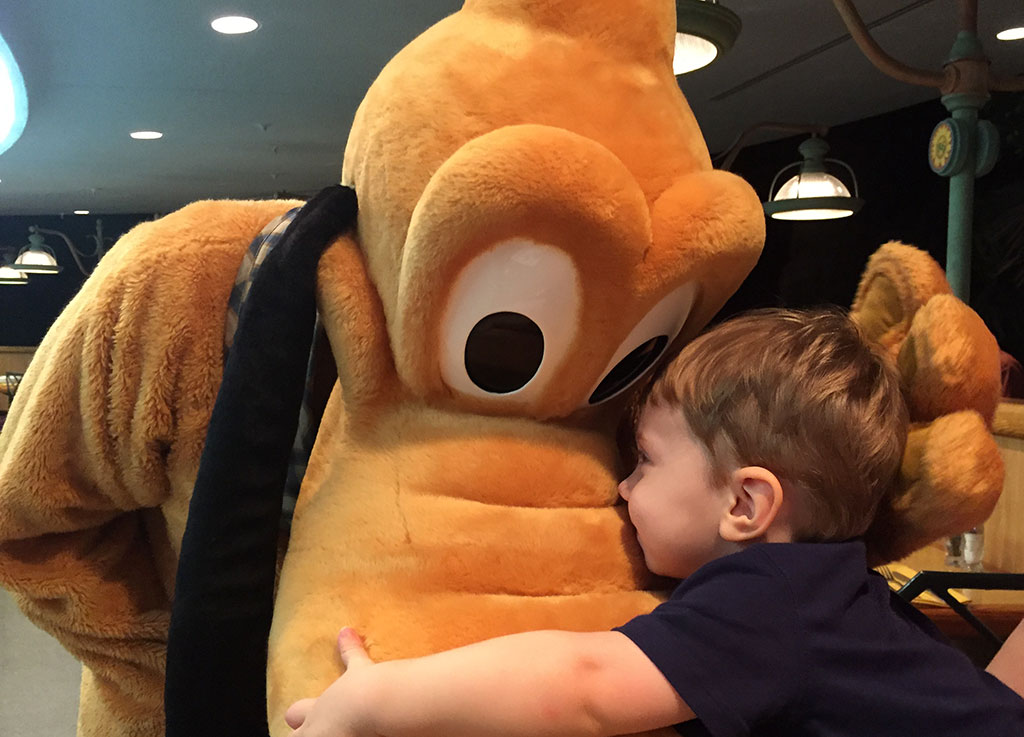 They’re cute, and cuddly, and slobbery, and barky, and they shed, and occasionally they poop where they’re not supposed to, and if they’re anything like my dog, they’ll bark at pretty much anything that even thinks about walking past the front door…

…so what better addition to your Walt Disney World vacation than to let people leave their dogs in their resort rooms all day long while they’re out having fun in the parks, well outside the realm of all of that ambient anxious dog fun?!

It’s true that Disney recently announced an unexpected change to four of its resort hotels that will welcome vacationing families to bring along their four-legged friends if they happen to be staying at Disney’s Art of Animation, Port Orleans – Riverside, and Yacht Club Resorts as well as The Cabins at Disney’s Fort Wilderness Resort. Of course, plenty of Pluto-laden merch will be waiting to Disneyfy your pooch from water bowls and ID tags to pee pee pads and poop collecting bags because, well, let’s not kid ourselves with precisely how this whole flea-ridden fiasco is going to play out!

Don’t get me wrong – I love my dog as much as the next guy, except when she steals food off of my one year-olds’ plates and defiantly pees on the patio when she’s mad at me for yelling at her about stealing the kids’ food, but dogs don’t belong on vacation any more than people who can’t keep quiet during the Carousel of Progress do.

I was recently forced to travel cross-country with my dog as we feverishly fled from Hurricane Irma’s wrath and it was a pretty miserable experience even without somebody talking so loud that I can’t even hear dear, old Dad telling us about how “It’s a great, big beautiful tomorrow!” Every time we walked down the hallways of our hotel, we got stares from the employees who didn’t want the dog there – namely because she had been super-barking at them since the moment they’d stepped foot off the elevator – and there was nothing to keep her occupied in the room all day, and half the time when I went to walk her outside to pee it was raining…

It’s not going to be all of the fun and games that Disney’s $50/night puppy surcharge suggests!

Besides, no offense but when I’m on vacation at Disney World, the only dogs that I want to see are Pluto, and Goofy … because yes, he’s a dog – look it up, and maybe Pete’s dog Butch … neither of whom you hear about very much anyways, and I guess those two dogs from Lady and the Tramp … whatever their names are, and if we’re really stretching it then I suppose maybe Air Bud and Bolt … because they’re famous, BUT THAT’S IT.

I’m sure your dog is great, and he always pees right where he’s supposed to, and he greets the mailman every day with a cup of warm milk and a cordial “How do you do, kind Sir? Lovely weather we’re having today!”

But let’s be honest – being locked in a hotel room all day while your owner rides Space Mountain and eats Dole Whips is no way to enjoy Walt Disney World.

Bring your dog a nice souvenir from your vacation, if you must – maybe a nice bandana with Pluto’s face on it or one of those doggy cupcakes from Sprinkles at Disney Springs that I highly recommend you don’t mistaken for the other cupcakes you purchase for yourself at the same time!

Leave a copy of Space Buddies on DVD at the kennel for them to play on repeat while you’re gone and maybe get him an autograph from Pluto if he’s really a fan, but leave your dog at home so that everyone can enjoy their magical vacations to their fullest.