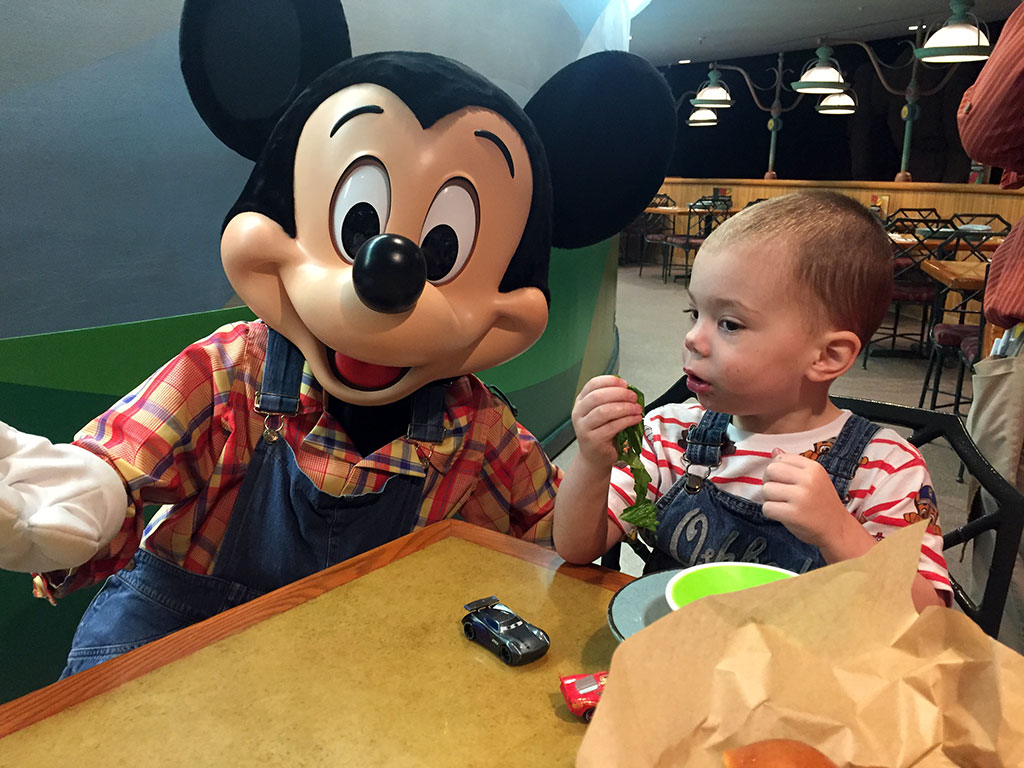 When we enter the Magic Kingdom, and we walk under the train station – past that plaque that has the quote from Walt Disney…

Here you leave today and enter the world of yesterday, tomorrow, and fantasy.

…how do I say this? We all know that the theme park that we’re about to spend our life savings in is still kind of, err, make believe, right???

Space Mountain isn’t actually taking us on a thrilling space adventure into the furthest depths of the universe.

Cinderella doesn’t really live in that forced perspective castle at the end of Main Street USA … because she’s a fictional princess.

Now I don’t mean to be the bearer of bad news – I’m just trying to make sure that us adults are more or less on the same plane of reality because earlier this week I encountered a story that left me wondering if our star cruisers are firing on all thrusters, if you know what I’m saying…

The story started out sweet enough – even dare I say, magical!

A woman who spent her childhood visiting Walt Disney World had met Snow White when she was only two and thereafter every time she visited for the next decade, the woodland princess somehow always managed to remember her by name…

…so now years later as an adult, this same woman discovers that the cast member who’d been playing Snow White throughout her childhood has now returned under the role of the Fairy Godmother from Cinderella! Making plans to track down her old friend, she shows the cast member their pictures that had been taken together decades earlier … and needless to say, there wasn’t a dry eye in the house!

Except for the handful of naysayers – the hardest of the Disney hardcore – who quickly jumped in to report that this heartfelt and touching story needed to be removed from the Internet IMMEDIATELY because it, and I quote, “ruined the integrity of the characters” by suggesting things like Snow White grew up to become the Fairy Godmother and that both characters were just people in costumes instead of a real magical granny capable of turning gourds into transportation and a naive woman who eats food given to her by strangers and lives in a cottage in the forest with seven little people…

Now on one hand, I get it. Disney trains its cast members to treat the characters that they’re playing as realistically as possible because they’re bringing guests into all of these stories that we’ve come to know and love over the years. And they go to great lengths to sell those experiences, particularly to children, by making sure that they don’t see Mickey Mouse one minute greeting fans in Tomorrowland and then also five minutes later grabbing some nachos in Frontierland because not even Mickey can be in two places at the same time.

Still, we’re all adults here … because kids don’t read humor columns on the Internet. They Snapchat, and Fortnite, and worry about how they’re going to pay for college without Mom and Dad having to take out a second mortgage on their home…

In reading the comments of these precious few who were deeply offended by this beautiful story, I’m not entirely sure that some of them realize … Mickey Mouse is not a five foot tall, talking rodent – he’s actually just a guy in a suit!!!

Or actually usually a girl in a suit because, again, the Mickey Mouse that we meet in the theme parks is only five feet tall.

We suspend our disbelief because it’s fun, and kids love it, but at the end of the day when we all pile back into monorails and buses to go home and pay the insane credit card bills that we racked up for that brief stint of magic, we all know that we didn’t really spend our magical day surrounded by fourteen unique princesses and dozens of giant, anthropomorphic wild animals.

Can we all just agree that here in reality, that would be really weird?!

When I ride Journey of the Little Mermaid, I’m not actually going under the sea … because not only can humans not breath underwater, but all of those fish and crabs and sea urchins can’t breath in the absence of water, either!

It still makes for a great afternoon and the kids will all go back to school telling their friends how they met Tinker Bell, even though she seems a lot taller in the parks than the six inches that she appears in the cartoons and movies!

All I ask is that while we’re all living here in reality, we all come to a general consensus on the difference between storybook characters and actual real, living human beings.

Like seriously, Cruella de Vil, I’m going to wear a hundred puppies around as a coat–level crazy!